What is the Accordion Barrier System?

Accordion barrier systems are defense barriers used in various configurations for the purpose of protecting against threats and attacks. They consist of multi-chamber units that are connected side-by-side, as well as on top of one another by means of special springs, for use in both military and civilian contexts. These folding systems are delivered in a flat-packed form. Once the units are extended and arranged, they are filled with suitable materials (such as rocks, debris, sand, gravel, or soil) so that they do not overflow and then they are turned into barriers that are stronger than walls. The accordion barrier systems have a simple structure that can be handled and installed easily. They require minimum labor and can be used for an extended period of time. 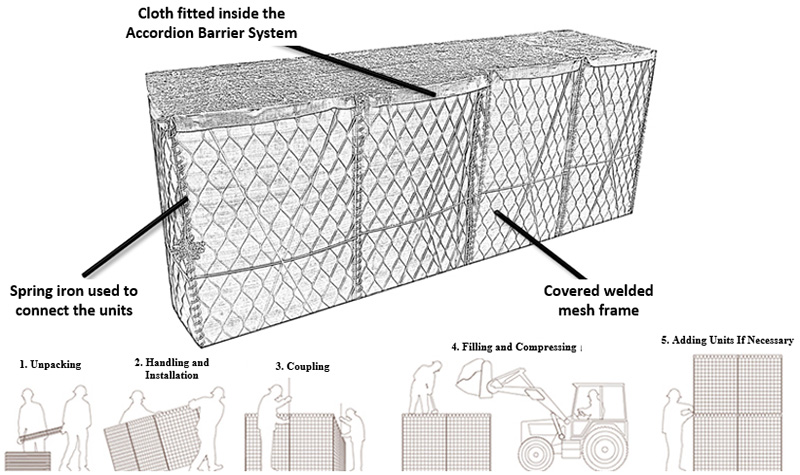 These systems are used by the military institutions of several countries around the world, including NATO armies. They are used safely by troops deployed on land for the protection of staff centers and important buildings, ammunition and critical equipment warehouses, fuel units, surveillance, guard and control points, as well as defense firing positions, as an environmental security, defense, and equipment guard wall. Their light and incapacious structure provides ease of handling and transportation, while their installation requires little labor, thus providing time-saving. 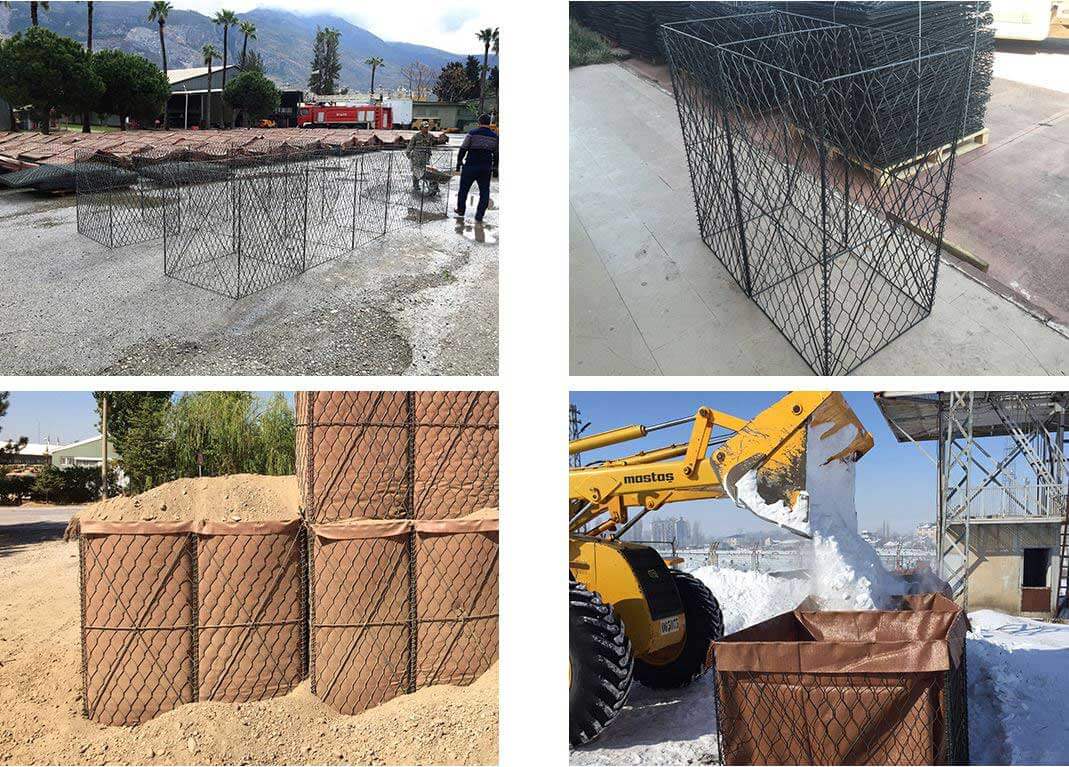 Intended Use of the Accordion Barrier System

This system can be strengthened by being surrounded with an optional wire mesh. Since the Gulf War in 1991 it has been used successfully by NATO and the military institutions of several countries in particular, and is also the choice of preference for the Land Forces Command in Turkey. It can be used safely as a flood barrier to protect personnel, equipment, fuel and ammunition block houses from floodwaters in locations threatened by floods, landslides and erosion.

Reasons for Choosing this System

While it normally takes 10 men laboring for many hours with 1500 sandbags, two men can build a much stronger barrier within minutes thanks to our Accordion Barrier Systems, which are much more aesthetically-pleasing and stronger compared to sandbags.

Reference institutions with whom we work in the defense industry:

Works conducted together with the critical security institutions of our country have added important capabilities to such institutions. These projects have been carried out fully using national resources and are continued meticulously.